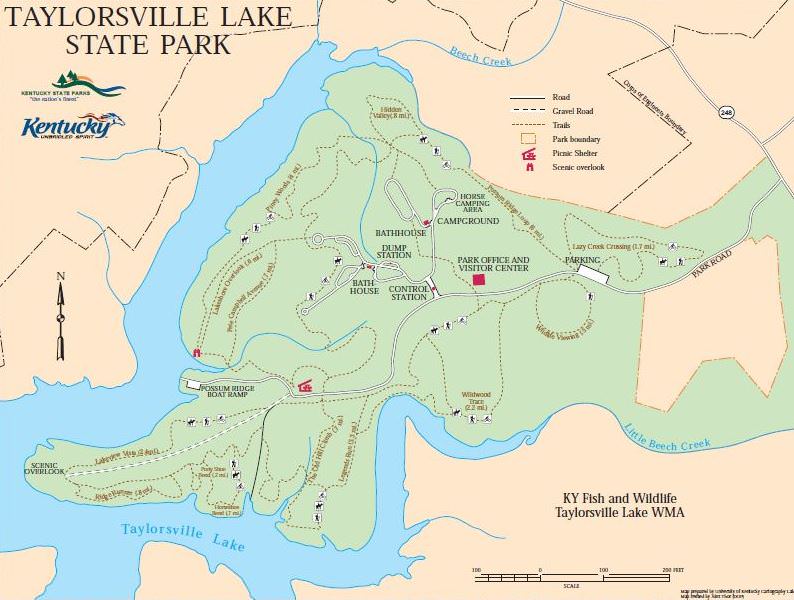 Taylorsville Lake is located in the heart of  Bluegrass country in Taylorsville Kentucky.  It has the best of the country feel while only minutes from Louisville, Shelbyville, Bardstown and Lexington, Kentucky.

The lake covers 3,050 acres and has a shoreline of 78 miles.  The water is murky year round and contains a large amount of silt washed down from agricultural runoff up river. During the lake’s creation, there was a large amount of standing timber in the lake that still remains today. The lake has been stocked with blue catfish from 2002-2017 in an effort to develop a quality fishery with trophy potential. In March 2011, a 15 fish daily creel limit (blue and channel catfish combined) and 1 fish over 25.0 in size limit was implemented. Angler attitude surveys supported increased management for trophy potential. Growth rates have remained at acceptable levels from 2006-2013 with fish reaching 30.0 in at age 10.  In 2016 there were good reports of fish in the 40 to 50 lb range.[/vc_column_text][/vc_column][/vc_row]